This epic fantasy sequel to Fate’s Fables, promises to leave readers breathless with heart-pounding action, compelling new characters, and a romance that strains the bonds of love to the breaking point. Perfect for fans of Throne of Glass and The Girl of Fire and Thorns. 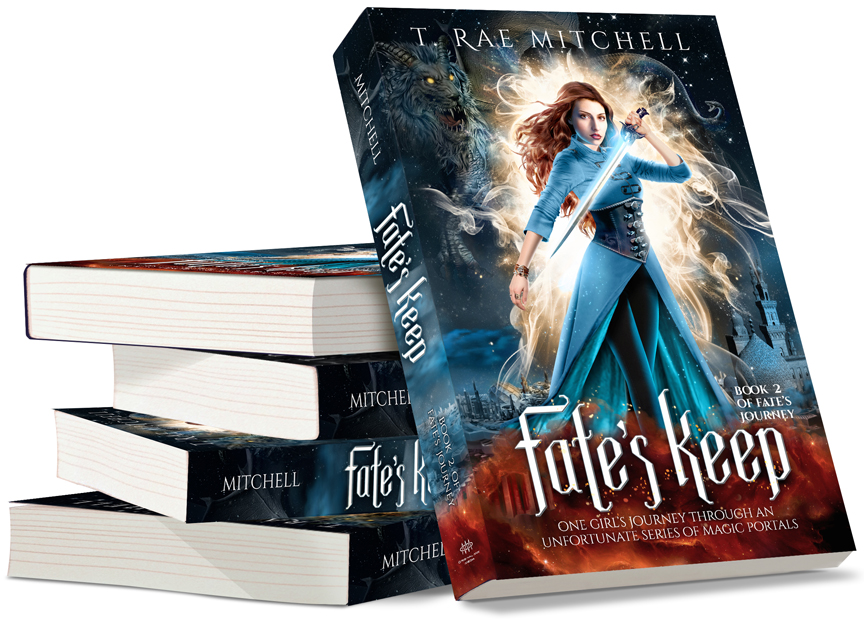 Make-believe sucks. Reality rocks, even if it’s boring. That’s been Fate Floyd’s new motto ever since she escaped the deadly fairy tale world of the Book of Fables. There’s nothing pink and sparkly about fairy tales, nor do they guarantee happily-ever-afters. The boy of her dreams, Finn McKeen, remains a prisoner of the cursed book. Miserable about leaving him behind, Fate is bound and determined to free him. Unfortunately, her path back to Finn isn’t straight. She must first enter the mysterious Keep through a magic portal, where she’s forced to confront the truth of her heritage.

With her heart sworn to saving Finn, and an unbreakable oath to guard the Keep, Fate must dig deep for the strength to protect those she loves. Unimaginable creatures of myth and legend threaten to destroy the Keep, while a slumbering evil awakens within the bowels of the arcane storehouse of magical objects. Her only chance for salvation lies in a series of desperate quests through a maze of dangerous portals, each of which may hold the key to her freedom, or mark the end of everything she holds dear.

Grab Fate’s Keep today and journey to the ends of the universe, where magic abounds and portals open to otherworldly realms!

Order the Paperback today on Amazon

Order the Kindle Edition in your country