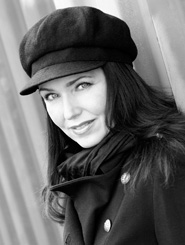 T. Rae Mitchell here, your host for this part of the hunt. I’m an incurable fantasy geek who loves combining fairy tales, folklore and legends with our everyday world to see what kinds of magical stories emerge. I’m best known for my young adult fantasy series, Fate’s Fables: One Girl’s Journey Through 8 Unfortunate Fairy Tales, which can be found on numerous Amazon Top 100 Best Seller lists, such as Coming of Age Fantasy and Fairy Tales & Folklore.

You are currently on the 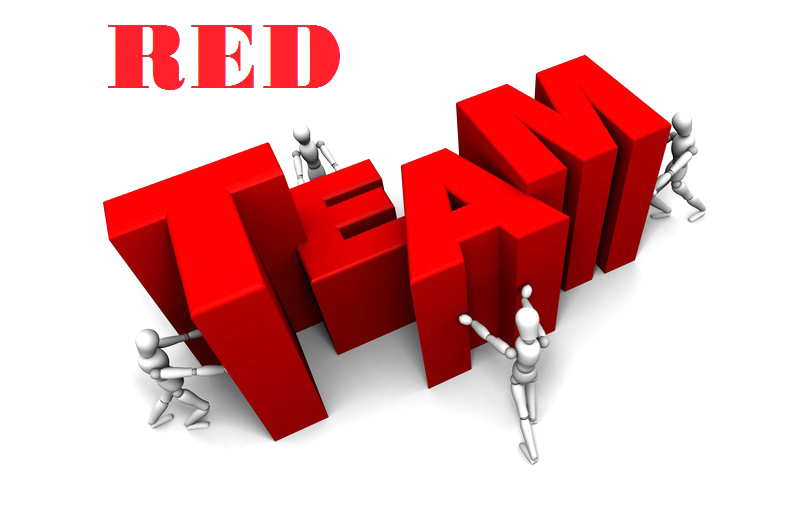 There are seven contests going on simultaneously, and you can enter one or all! I’m part of the RED TEAM–but there is also a BLUE, GREEN, PURPLE, ORANGE, GOLD, and PINK team for a chance to win a whole different set of books! You’ll also gain access to exclusive content and free gifts from each participating YA author, so make sure you scroll all the way down each author’s page. You don’t want to miss any of the extra goodies we’re all giving away 😉

Here’s the list of authors on my RED TEAM!

Directions: Below, you’ll notice I’ve hidden my favorite number. Collect the favorite numbers of all the authors on the RED TEAM, and then add them up.

HINT: My secret number is marked in RED, though it may be disguised as an ancient symbol!

Rules: Open internationally, anyone below the age of 18 should have a parent or guardian’s permission to enter. To be eligible for the grand prize, you must submit the completed entry form by October 8th, at noon Pacific Time. Entries sent without the correct number or without contact information will not be considered. 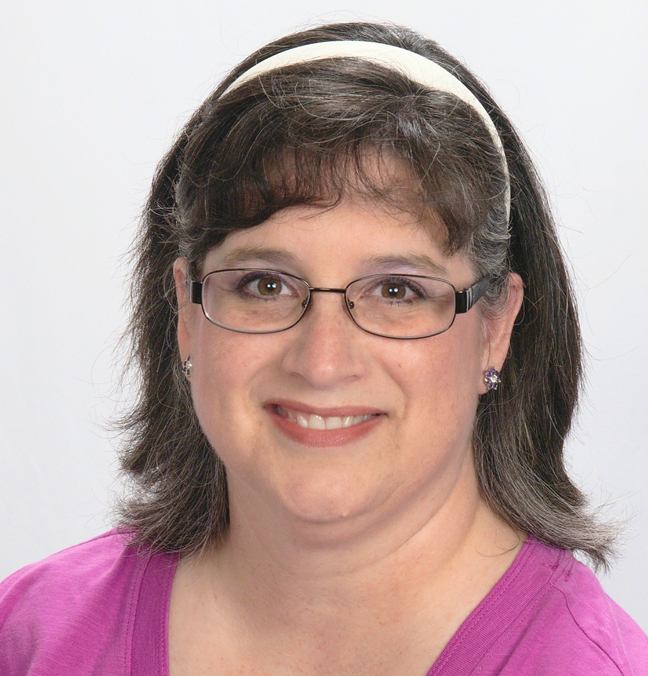 Laurisa is the author of the 2016 Spark Award winning novel The Storytellers, as well as The Celestine Chronicles and The Crystal Keeper series. She lives in Southern California where she teaches English at College of the Canyons. You can find out more about Laurisa’s books at www.laurisawhitereyes.com and connect with her on Twitter and Facebook. She’s also giving away FREE copies of The Crystal Keeper Omnibus when you sign up for her newsletter!

Laurisa is featuring her YA novel, Petals 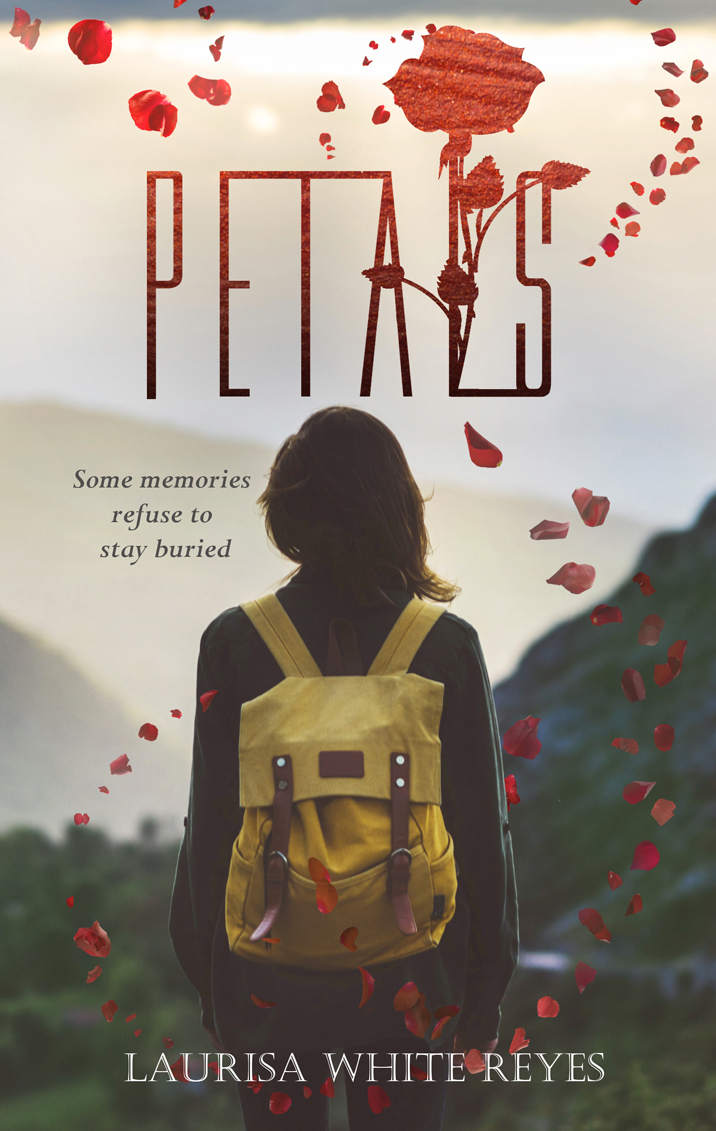 On Christmas Eve, a horrific car accident leaves Carly Perez without a mom. After a year of surgeries and counseling, Carly’s life is nearly back to normal—except for the monsters—vague, twisted images from the accident that plague her dreams. When her father insists on spending their first Christmas alone in Guatemala with a slew of relatives Carly has never met, she is far from thrilled, but she reluctantly boards the plane anyway.

That’s where she first spots the man with the scarred face. She could swear she has seen him before. But when? Where?

In Reu, the Guatemalan town where her father grew up, Carly meets Miguel, her attractive step-cousin, and thinks maybe vacation won’t be a total waste after all. Though she is drawn to him, Carly’s past holds her back—memories that refuse to be forgotten, and a secret about the accident that remains buried in her subconscious. And everywhere she turns, the man with the scarred face is there, driving that unwelcome secret to the surface.

“I wrote the first draft of Petals way back in 2005, only it wasn’t called Petals then, it was called Eight Letters. Eight Letters was about a teen girl named Carly trying to come to terms with the death of her mother and her own mixed heritage. The letters were from her mom and throughout the story, they tormented Carly’s already fragile psyche.

From 2005 to 2017, when the final version of the novel was finally published, the manuscript went through at least a dozen major rewrites. The entire story went through several metamorphoses. Here is one of those plotlines that, thankfully, ended up in the virtual garbage can.”

DISCARDED PLOT SUMMARY: Carly reluctantly accompanies her father to Guatemala to spend Christmas with relatives she has never met. She would rather be home for the holidays, but her father thinks a few weeks away will help take her mind off her mother, who died in a terrible car crash a year earlier.

Starting on the plane, Carly starts seeing a strange man with a scarred face. The man she dubs ‘Raisin Face’ shows up in the most unexpected places, and Carly begins to suspect he is following her. But who is he and what does he want with her?

As the story unfolds, Carly begins unraveling the mystery of the man’s identity and his connection not only to her, but to her mother. Years earlier, Carly’s mother was responsible for the death of someone she had been close to but who turned out to be a power-hungry murderer. (Yes! Her mother was none other than Mira from my first YA novel, Contact!) Mira had a supernatural gift that helped her learn the truth about the man’s intentions. He tried to kill her and ended up falling into a burning building himself. But his body was never discovered.

Now, twenty years later, the bastard is out to get Carly because he believes she has her mother’s gift, and he wants to use it for his own selfish purposes.

“Okay. Remember, this is NOT the plot of Petals (Thank goodness!) but I thought you’d get a kick out of seeing what crazy ideas can go through an author’s head before he/she finally writes the “perfect” story. Hope you’ll give the real story of Petals a try.”

I hope you enjoyed meeting Laurisa White Reyes and learning about her featured book. Remember to add Petals to your TBR on Goodreads, as well as her latest release, Seer Of The Guild.

Check out the books on TEAM RED. To enter, write down my favorite number hidden below in RED, find all the other numbers on TEAM RED, add them up, and you’ll have the secret code to enter for the grand prize! 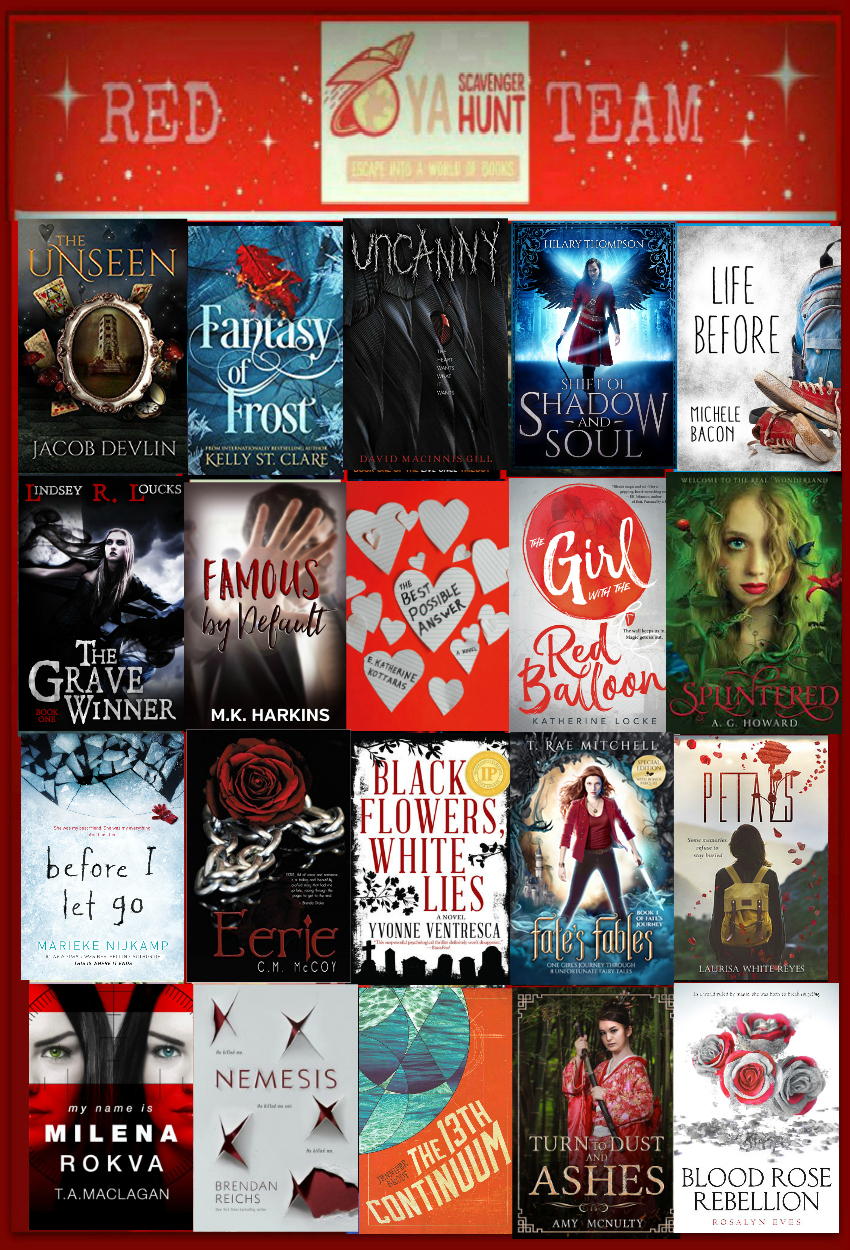 Before you go, get your FREE BONUS MATERIAL and ENTER MY CONTEST!

Click HERE to read The Lonely Sorceress, Part 1 of Fate’s Fables for FREE and prepare to lose yourself in a world of darkly enchanted fairy tales. 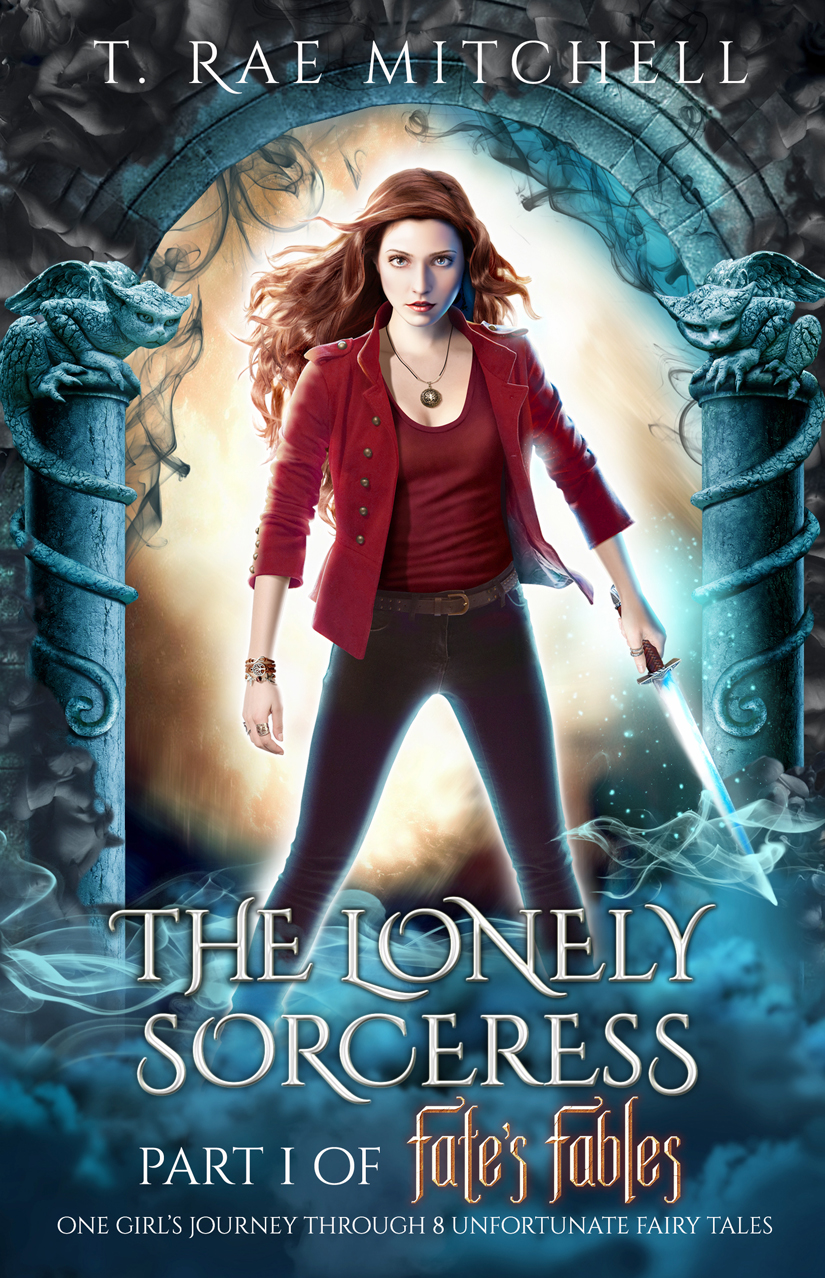 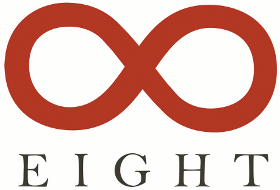 I’m giving away 20 ebook copies of my Fate’s Fables Boxed Set Collection. You could be one of the lucky winners, so make sure you enter now! 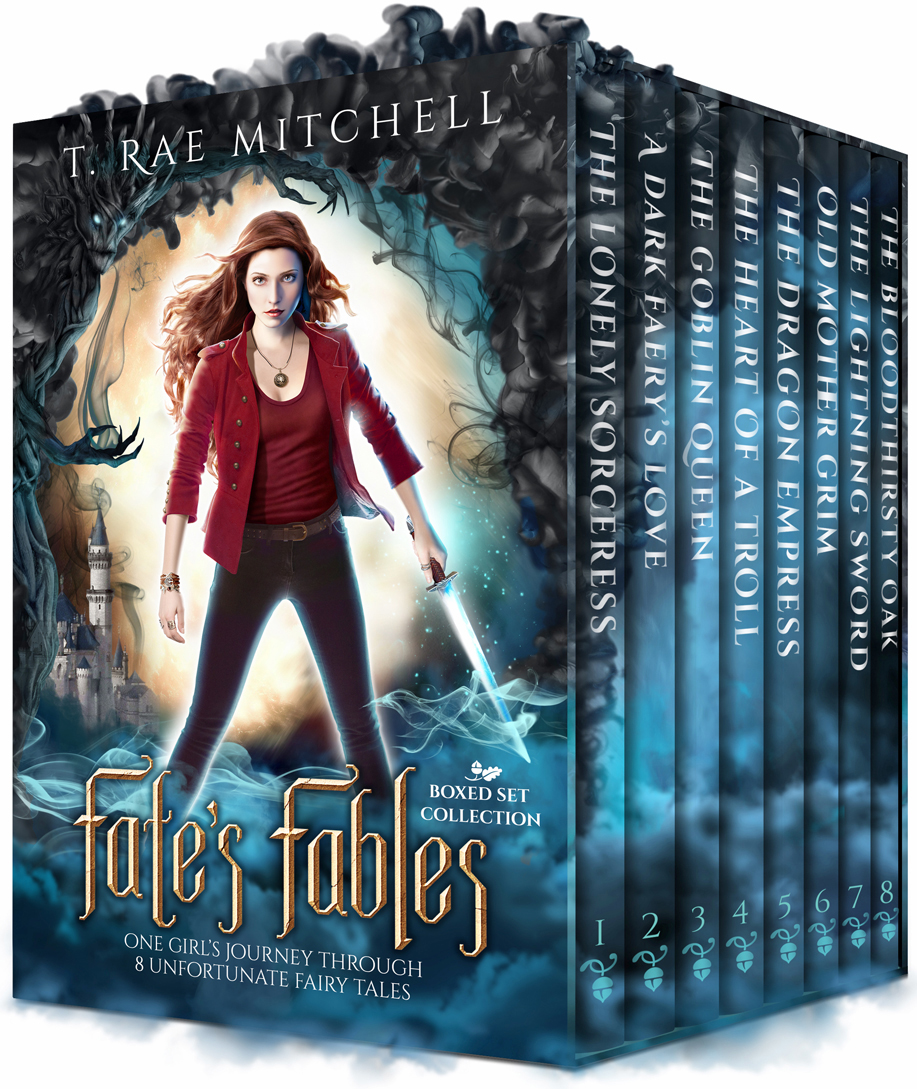 Click HERE to hop over to author Michele Bacon’s page.