This is an interview I did back in May with Simona from Secrets From Books. She asked some great questions and I thought it’d be fun to expand a little further on my answers by sharing some never-before-seen visuals.

1. Hi T. Rae! Thank you for accepting this interview! I am sure that my readers are really excited and would like to know more about you. How about sharing with us some facts about yourself?

T: I’ve always been artistically inclined. I can’t remember a time when I wasn’t drawing, painting or crafting. In fact, my leaning towards art was so strong I found most other subjects in school such a snore that my old report cards contain notes of how I daydreamed too much. I was really embarrassed about this until later in life when I found out daydreaming is a valuable form of creativity. And I now realize I come up with my best ideas when I’m daydreaming.

2. What is your book “Fate’s Fables” about? Tell us a few words about it.

T: On the surface, Fate’s Fables is a sort of Alice in Wonderland meets Grimm’s Fairy Tales story. But the real heart of the book is about how Fate’s greatest dreams and deepest desires manifest into nightmares because she’s careless with her Words of Making, (the power to create anything with the written word). As she confronts the deadly creatures and chilling characters within each fable, her survival ultimately depends upon her becoming clear about who she is and whether or not she can trust herself enough to harness this volatile creative power she’s been given.

Something I didn’t say in the article was that the Words of Making represent to me the power every single person has. We all use our words and the intentions behind them in ways that either create really good things in our lives or really bad things. One of these days I’ll write a post about this concept on a much deeper level.

3. Will “Fate’s Journey” be a trilogy or you do not know yet?

T: When I first dreamed up the concept for Fate’s Fables, I thought it would be a stand-alone story, but I enjoyed living in Fate’s world so much I had to explore further. So I now have a trilogy planned with the second book titled Fate’s Keep, which is scheduled for release in 2016. 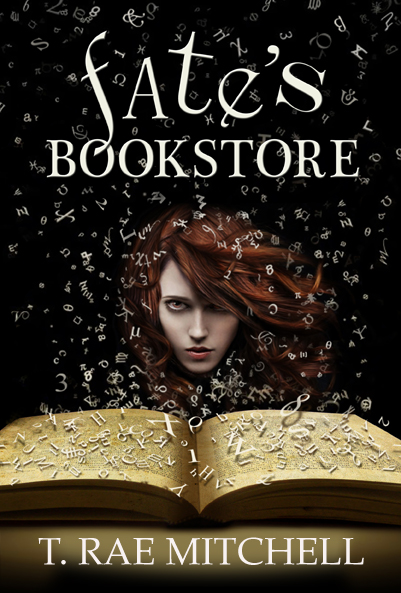 4. Any spoilers about the creation of the amazing cover? I really love it and I think that it fits the plot.

T: Funny you should ask this, because I was set on a completely different idea for the cover before we arrived at what you see now. I wanted a huge open book with letters lifting off the pages and swirling around Fate’s face like a flurry of snowflakes against a black backdrop. But after I made the wooden Book of Fables prop for the book trailer, it became obvious the beautiful lock against the intricately carved design on the book should be as prominent as Fate’s face. After all, the Book of Fables is as much a main character as she is. Here’s the cover I describe in the original interview but never included. As it turned out, we (my wonderful husband and I) used this as a guide for our photo shoot with our beautiful model, Emilee Moore, who’s now become the face of Fate Floyd.

5. Which is your dearest character(s) from this book and which one(s) don’t you like?

T: Of course, I absolutely love Fate. But I also love Finn and Sithias every bit as much. I truly enjoyed creating a connection between Fate and Finn that transcends all ordinary bounds. And her friendship with Sithias is what helps keep her strong through the darkest times. As for which character I don’t like, that’s an easy one, Old Mother Grim. She was the hardest for me to write because she goes against everything I am as a mother and all my protective instincts towards children. 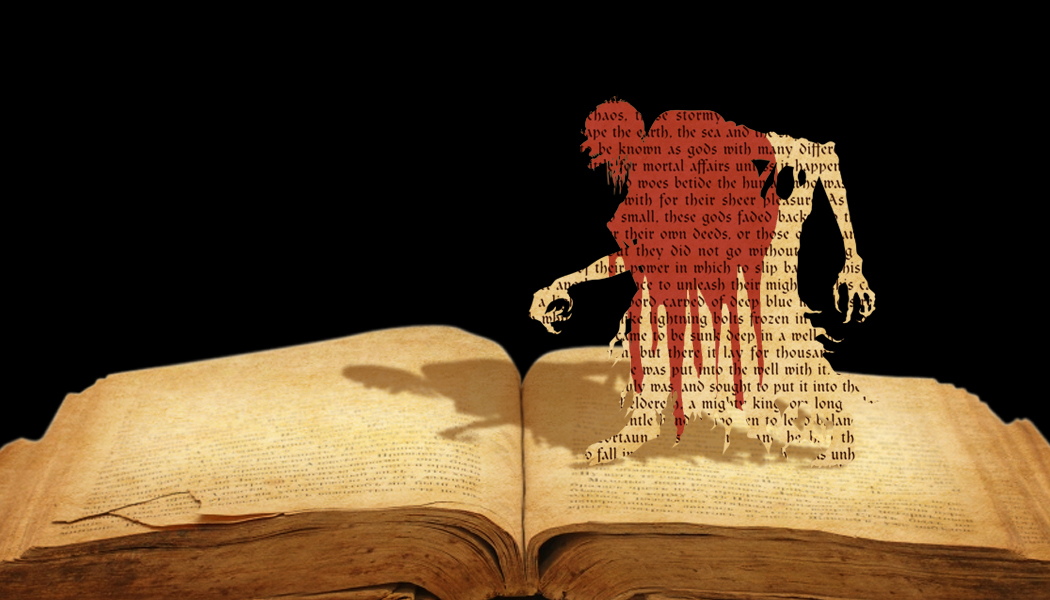 Just for kicks I thought I’d give you a look at one of the frames from the original storyboard of the Fate’s Fables book trailer of Old Mother Grim’s silhouette. We were going to do silhouettes of several of the Book of Fables’ characters but we ended up going in a different direction by using the graphics from the print book.

6. What songs would you associate to your book?

T: Wonderland by The Mummers sums up Fate’s naïve love for everything make-believe and how she overlooks the fact that even in an imaginary reality there is pain and suffering.

Drift & Die by Puddle of Mudd conveys the raw emotions Finn feels when he’s forced to face the devastating truth of who he is.

Song Instead Of A Kiss by Alannah Myles works perfectly for Fate’s heartache when at a certain point in the book all she has left of Finn are her dreams of him playing the flute to make her forget him.

7. What are your favourite books/book series? You can make a top 5/10 if you want to.

T: It’s very rare that I read any book more than once, but Garth Nix’s Abhorsen trilogy is top of my list. I’ve read them all at least three times since they were published. Second to these are Anne Rice’s vampire series, Harry Potter of course, and Cassandra Clare’s The Mortal Instruments.

8. Which authors do you consider to have been your inspiration?

T: J.K. Rowling really sparked the magic in me, but Garth Nix’s writing stretched my imagination even farther.

9. Where do you usually write your works? Any favourite place?

T: I have my desk by the window with all my treasures around me for inspiration, such as my brass unicorn, my winged pig, steampunk clock, flowers, books, little birds and nests and uplifting sayings and surreal art to stir my imagination.

10. What country would you like your books to be popular in :D?

T: I’d be thrilled if much of Europe loved Fate’s Fables, because so much of my inspiration for my fables come from the folklore, fairy tales, myths and legends of the old country.

11. What do you think about Romania, the country I live in? Would you like to visit it one day?

T: I’ve never been to Romania, but the pictures I’ve seen are breathtaking, especially the castles, rural countryside and villages. They look like scenes right out of the fables of my book. Or better yet, I should say the scenery of Romania is at the root of my imagination and that of so many other writers. After all, vampires originated in Transylvania. And yes, I would love to visit Romania someday and drink up its rich, historic sites in person.

12. As an ending, you can say anything that comes to your mind to those who are reading! Anything you would like to share with them is welcome!

T: Since Fate’s a big fan of Peter Pan––as am I––I’ll leave everyone with a wonderful quote from J.M. Barrie I really like,“The moment you doubt whether you can fly, you cease forever to be able to do it.”  So always believe you can fly as high as you want to.

Simona: Thank you for taking the time to answer these questions!