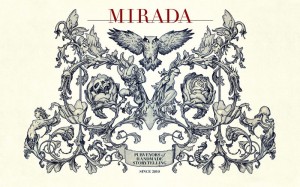 It’s always a little hard trying to keep up with Guillermo del Toro, but the past couple of weeks have been tougher than usual. First he opened a studio to produce stories that, as one of his partners put it, “fuse together” the disciplines of movie, video game, and Web production. Then he announced a partnership with THQ, the game publisher, to create a trilogy of horror games called inSANE. All this while prepping The Haunted Mansion for Disney and All the Mountains of Madness for Universal and Trollhunters for DreamWorks Animation, finishing part three of his Strain trilogy with Chuck Hogan, and having to explain why he pulled out of directing The Hobbit in May after two years of work and endless production delays.

Of all these projects, it’s Mirada, the Los Angeles-based “idea factory” that opened its doors December 9, that’s the most tantalizing. An accomplished filmmaker who has made no secret of his love for video games, del Toro now seeks to transcend the limitations of movie studios and game studios alike. Mirada is a four-way partnership with his longtime cinematographer Guillermo Navarro and with Mathew Cullen and Javier Jimenez of the innovative LA ad shop Motion Theory. “We are creating a storytelling engine [note the game reference] in the form of a company — an imaginarium, where we are free to explore the practical possibilities of transmedia without compartmentalizing our artistic process,” del Toro said in a statement. “Mirada will be an adaptive entity, constantly in transformation. We see a different model that looks beyond what the market is doing right now to where it will be in ten years.”

Del Toro has long had such ambitions in mind. In a 2009 interview in Wired he said, “In the next ten years, we’re going to see all the forms of entertainment—film, television, video, games, and print—melding into a single-platform ‘story engine.’ The Model T of this new platform is the PS3. The moment you connect creative output with a public story engine, a narrative can continue over a period of months or years. It’s going to rewrite the rules of fiction.”

Originally posted by Frank Rose on December 20, 2010 at 12:55 PM in Hollywood, Storytelling

To read the full article, go to  http://www.deepmediaonline.com/deepmedia/2010/12/the-imaginarium-of-guillermo-del-toro.html