Walt Disney Studios just announced they are in development on the film adaptation of Artemis Fowl by Eoin Colfer with producer Harvey Weinstein and Michael Goldenberg, the screenwriter for Harry Potter and the Order of the Phoenix. With this dynamic team working together, it certainly looks like Artemis is being positioned to step into Harry’s shoes. I mean look at the AF book cover. Put HP on there and you’d think this was Harry without his glasses. But the similarities between the two characters end there. The 12-year-old millionaire, criminal mastermind, Artemis Fowl, is a far cry from the naive, orphaned wizard, Harry Potter. Either way, you’ll find me at the theatre when the film’s out. I’m really looking forward to seeing what they do with the magical mayhem Artemis is so famous for stirring up. 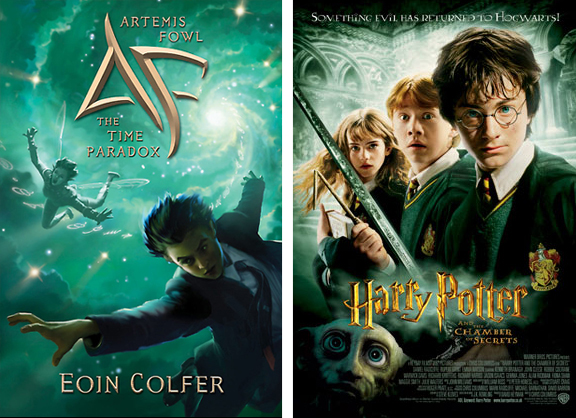