After filming the footage for my MAGIC BREW book trailer last week, we took some stills of Edge.

The handsome and brilliant actor who’s playing Edge in the trailer also happens to be my son, Tyler. Casting him for Edge was a no brainer, since I actually created Edge with Tyler in mind. About 10 years ago, I started writing a kid’s adventure starring my 11 year old son as the main character. I thought it would be fun for him to see himself in the book. What kid wouldn’t, right? Unfortunately, that book never came to be because I was still learning about the art of storytelling. Of course, I went on to write FATE’S FABLES, which he loves. But I still wanted to carry out my promise, even if he wasn’t holding me to it. MAGIC BREW has become that for me. 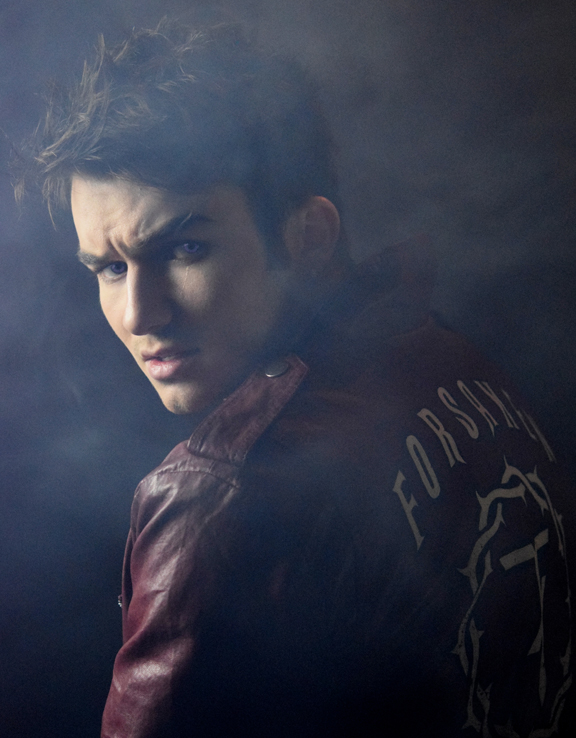 If you’re not familiar with the main character of MAGIC BREW, Edge,  he’s part Djinn with the power to teleport and create illusions. He’s also the second in command of his gang, the Forsaken–a band of magical, halfbreed misfits. After suffering the ultimate betrayal from one of his own,  he finds himself at the center of a citywide manhunt. Every supernatural gang is out for the magic flowing in his blood. Forced to flee through New York City’s twisting maze of subway tunnels, parks, sewers and deserted buildings, Edge and what’s left of the Forsaken, must fight their way through gangs of shifters, warlocks, demons, and deadly fae blocking their way back to home turf. Needless to say, Edge is in for one hell of a long night.