Thanks to D.B. Carew, author of  THE KILLER TRAIL, for inviting me to take part in the Writing Process Blog Hop. It’s a fun game of tag, where one author tags another to answer these same four questions on the writing process and then I tag two more authors, who are both listed at the bottom of this post.

I have two projects going right now. One is titled FATE’S KEEP, which is the sequel to my debut YA fantasy novel, FATE’S FABLES. The sequel picks up after Fate Floyd’s harrowing journey through the dark, dangerous realm of the Book of Fables. No longer the same innocent, frightened girl she was when she first landed inside that big bad book, Fate is determined to take her destiny in her own hands. Starting with facing the witch who threw her into the book’s treacherous world of sinister fairytale characters. Despite her newfound strength, Fate’s heartbroken about being forced to leave Finn behind. To find her way back to him, she must enter the Keep and face unimaginable horrors. Even if that means risking her life and everything she holds dear.

My other project is an urban fantasy titled MAGIC BREW. If you’ve read FATE’S FABLES, then you know Fate is a published author who fluked into writing a bestselling book called MAGIC BREW. Well this is the book she would’ve written if Fate was a real person. Inspired by Sol Yurick’s, The Warriors, but with a supernatural twist, MAGIC BREW is about a lone gang of magical misfits fighting their way back to their home turf while being hunted by the most powerful supernatural gangs in New York City. Click here for the full synopsis.

This is the first time I’ve ever tackled two novels at once. It’s been a juggling act, but advantageous, since a few months ago I came to a major stumbling block with FATE’S KEEP. Instead of getting stuck in the mud and spinning my wheels with the sequel, I’ve been burning up the keyboard with MAGICK BREW. I expect to be sending out ARCs for MAGICK BREW in late October or early November.

2.  HOW DOES MY WORK DIFFER FROM OTHERS OF ITS GENRE?

This is a tricky question since I haven’t read every book in my genre to be able to answer this accurately. I prefer to defer to the reviews I received for FATE’S FABLES. Readers’ Favorite said, “It’s the best and most unique fantasy story I have read in a long time.” I’ve heard from quite a few reviewers that FATE’S FABLES is unlike anything they’ve read.

I think this is because there aren’t too many novels out there where the main storyline is woven throughout so many separate stories–in this case eight fables. I also wanted to create wholly new fables that give the reader the feeling these stories had been around forever. I feel because I chose to create my own fables–rather than a retelling of fairytales like Snow White, Cinderella or the Little Mermaid–is the reason why FATE’S FABLES is considered to be so completely different.

3.  HOW DOES MY WRITING PROCESS WORK?

When I get an idea for a novel, it usually comes to me in the form of a complete plot. Such as when I got the idea for FATE’S FABLES: A girl named Fate gets trapped inside the Book of Fables and must turn each dark fable into a happily-ever-after to escape the book or be trapped forever. That was the easy part. The real work began when I had to write each fable, which had to end tragically, horribly or hellishly. I placed the eight fables in the order of the least to most dark and then I had my main character, Fate Floyd, travel through each one. Her story arc came out of this journey and her interactions with the characters living within the eight fables.

Same thing with FATE’S KEEP: Fate must confront and defeat all the monsters let loose in the Keep before she can locate the portal leading back to Oldwilde, where Finn is trapped. I’ve created about four major creatures and one mysterious enemy for her to fight, plus several portals leading to some nightmarish realms before she finds the gateway she’s looking for. Once again the story arc takes shape throughout all the obstacles she’s facing.

As you can see, a pattern is emerging, which also works for MAGICK BREW: Get one lone gang from one end of New York city to the other before all the other gangs kill them. Pretty simple. The time-consuming part comes with developing Edge, the main character, and his powers and limitations, along with the other ten members of his gang. Then I had to do the same for the fifteen supernatural gangs Edge and his gang do battle with. But once all this in place, I can rock and roll with the story fairly easily, because I know who everybody is and I can allow the story to reveal itself through the characters and their interactions with each other.

When I’m gnashing my teeth because I’m having trouble describing what the physical sensations of teleportation are or the quality of light in a shadow dimension, I really have to wonder why I’ve chosen fantasy as my preferred genre. I especially question why I write, when I’m hitting a brick wall and can’t figure out what happens next, or how I’m going to get my characters out of the predicament I’ve put them in. But strangely enough, the right words always seem to fall into place and the solutions eventually present themselves.

I guess what it really comes down to, is that I can’t help myself. I love exploring worlds full of magic and otherworldly creatures and characters. These are the things that ignite my imagination. It’s like a hunger takes over and I have to explore the stories spinning around in my head. I think if I didn’t, I’d go mad. Or at least, I’d be pretty darned bored.

Okay, that’s it for my process. Make sure you check out these two exciting authors and their writing process next week, on August 25th:  Roxanne Snopek, author of the THREE RIVER RANCH series and Miranda Rae Carter, author of BENEATH THE SURFACE. 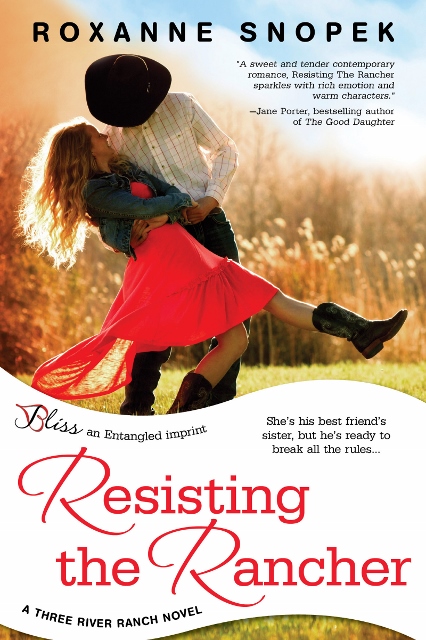 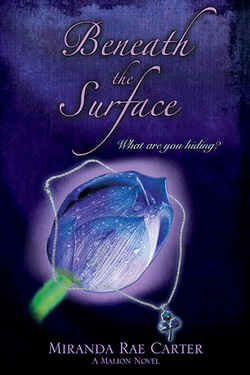