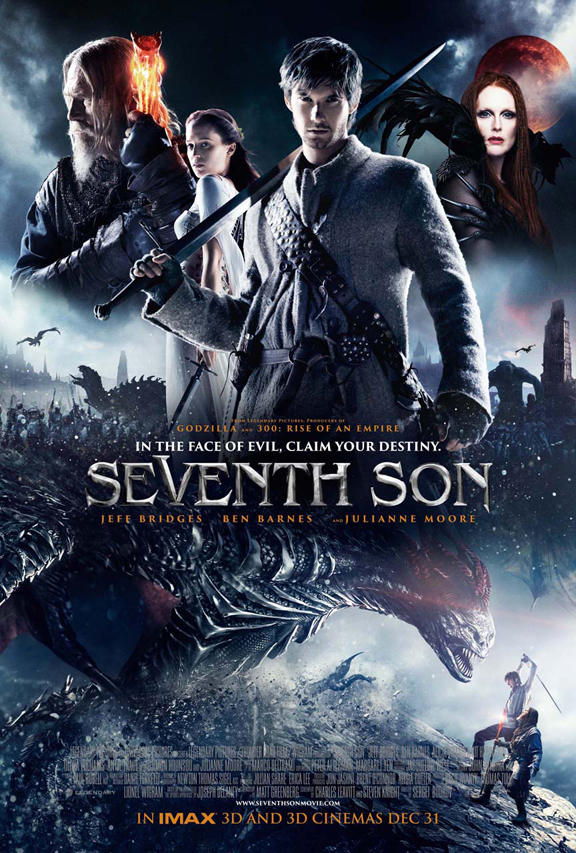 With the anticipation and general awesomeness of the recently released trailer for the upcoming movie, The Seventh Son, I got curious about this mysterious number seven and the origins of the folklore surrounding the seventh son of the seventh son.

The mystical connections concerning the number seven have been part of history and myth for ages. There’s the seven days of creation, the Seven Sages of India and Greece, the seven deadly sins, the Seven Sisters (Pleiades) and many more seven somethings. Just as some of these sevens are good and some not so good, the seventh son is believed to be born with powers granted to him by God or Satan. It pretty much depends on where you’re from as to which side the poor guy will be born on. The Irish believe the seventh son is born a healer, while South Americans believe the seventh son will be a werewolf.

Either way, there’s a great story there and that’s exactly what Joseph Delaney based his novel series, The Wardstone Chronicles on. I’ve got to say the film looks pretty darn intriguing. Unfortunately, we’ve got a bit of a wait. It’s opening in theatres in January, 2014.